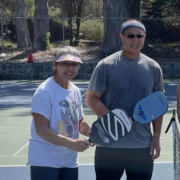 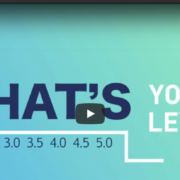 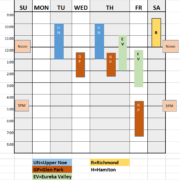 There was a local water main break on Sloat Blvd and the courts at Stern Grove are now closed for at least 3 weeks (until about Sept 10) per SF Rec & Park. We will alert you once the courts are reopened and normal drop-in session play can resume as scheduled.

Thanks for your patience and cooperation.

The first time I heard about pickleball was in July of 2014 when my sister Shirley Cross in the small town of Arroyo Grande, CA., invited me to join a group of her girlfriends at the Pismo Beach Athletic Club. (When I play with them now, we call it “chickleball” ha!)  I LOVED the game, and I was TERRIBLE at it.  In an earlier life I had played a little tennis so I had the typical beginner tennis player’s misjudgment of how high the ball would bounce.  My nice swing missed the ball by several inches.  It was a bit embarrassing (this is before I learned the “pickleball way” …no “sorry’s”, no criticism, everyone welcomed regardless of athletic prowess and gentle competition at the level of your fellow players so everyone has fun.) Of course, as we advance, we enjoy a VERY competitive game but, again, always, always fun comes first.

Still eager to play, I bought four wooden paddles and a portable net, and with the approval of SF Rec & Park, I taped temporary court lines on the basketball court and asked some neighbors to play at JP Murphy Park. Unfortunately, these folks were not taken with the sport, but in the process, I met Wellington Chen who had posted a note at JP Murphy Park asking anyone interested in playing picklebalI to call him. I called and we began playing in the foyer of the Palega Recreation Center several evenings a week, quickly gaining interested players.

Wanting to play closer to my home in the inner Sunset, I asked John Murphy, if I could try to get pickleball started in the tiny unused space at the far corner of the tennis complex.  I brought my rake and broom and cleaned up five big garbage bags full of leaves and weeds and chalked the court. The area was about a foot too short for a standard pickleball court but shortening the court was not a big deal for novice play.

With that “yes” from John Murphy, I posted Saturday hours when I would offer free pickleball lessons.  That brought in a few players but mostly it was the foot traffic in this area that finally got San Francisco pickleball going.

I would yell at people passing by and announce free pickleball lessons with equipment provided. I taught pickleball but, equally, important, I spread the pickleball “culture.”  By the last quarter of 2015, we had an enthusiastic group of 86 players who had played on this little court. I remember so well that Lyndon Chow was one of the first enthusiasts and Bill Sullivan was finally coaxed to play after riding by several times on his bicycle and watching from that “distant” vantage point. He began to play and make his contribution as the “official” pickleball photographer.

At the end of 2015 I purchased a life membership in the USAPA for a whopping $300 and was accepted as a pickleball ambassador with official sanction to promote pickleball at the Golden Gate Park Tennis Complex and surrounding neighborhood.

By 2016, when it was obvious, we had outgrown the little corner court, Rec & Park offered us the elevated tennis court #5 for play Monday, Wednesday, Friday, Saturday, and Sunday from 9AM-1PM. Pickleball grew by leaps and bounds.

PaddleTek donated five paddles to our group; Martha Ehrenfeld generously donated a net and four paddles We also received a grant from the USAPA as a budding organization which allowed us to purchase a cart as well as another net. By now players were beginning to buy their own paddles, and after one of our members purchased a fourth net, we were to expand into four “new” courts.

In January 2016, I held my first Rec & Park classes to introduce pickleball to a whole new group of folks, including Alycia Chu!!! I continued these classes until mid-2017 when I left San Francisco to live closer to family and settle in a single storied home….an impossibility in San Francisco.

I think my leaving gave permission for others to step up and take pickleball to new heights.  I’m so proud of what you all have accomplished and know that you all enjoy the sport and the camaraderie that comes with it as much as I do.  No play for me once COVID hit San Luis Obispo, but now I’m back playing with fully vaccinated girlfriends.  I hope to rejoin our local Rec and Park group in Arroyo Grande once I am more confident that COVID has been controlled. I might even try some tournaments again.

The best of pickleball 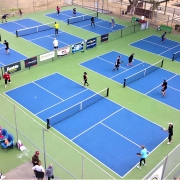 The SFPC is a volunteer organization and we could always use additional volunteers to help with community needs and continuing improvements.   This includes:

To get involved and volunteer– let us know via the website feedback form or talk to your local court captain.