The SF Pickleball Community Leadership team has been meeting regularly with the SF Rec & Park Dept. (RPD) this year to advocate for increased court access at existing venues, and to also find locations for permanent courts.  We feel the event that flooded the dual-use courts at Stern Grove is an excellent opportunity to rebuild that venue’s footprint into a dedicated Pickleball court facility.

RPD is now willing to pursue this proposal for permanent courts at Stern Grove.  They will be hosting a public community meeting to hear from neighbors, Pickleball Players, the tennis community, Stern Grove park supporters, nearby schools and the general public to review and discuss this new proposal, slated for completion sometime next year.

We will announce the date and format to our membership as soon as we know more.  Your support and attendance at the meeting will be critical to making this happen !

Why this makes sense

It’s time for more permanent courts for Pickleball.  There are just 11 in the City and only six at Sutter Playground offer drop-in play. The 30+ PB courts provided by dual-lining 13 tennis courts supported the initial growth of Pickleball locally, but the current growth of new player participation in “America’s fastest growing sport” requires a smarter investment in facilities by the SF Rec & Park Dept (RPD).  Pickleball has arrived as a major recreational choice, and needs more flexible play options than limited-hour court sharing with tennis.  Rolling nets have helped, but the days of hauling and storing portable nets needs to end and more equitable access to quality recreational play facilities should be provided.

Why this makes sense NOW 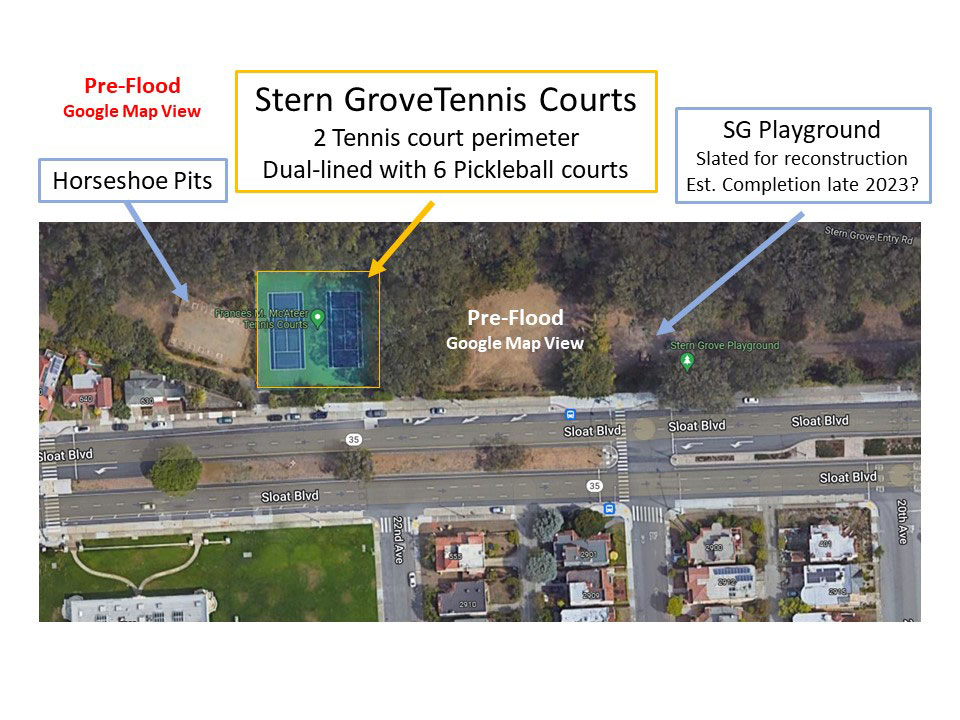 THANKS TO THE SF PICKLEBALL COMMUNITY FOR YOUR SUPPORT.

WE WILL LET YOU KNOW WHEN THE FORMAL MEETING SCHEDULE IS ANNOUNCED.